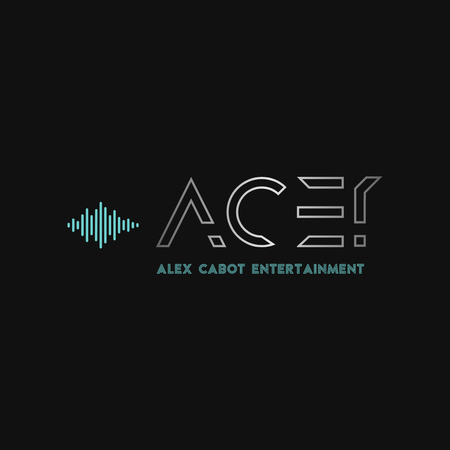 Home
About
Get There
Tickets

By ACE! (other events)

Once upon a time, three little pigs overcame the ravishing hunger of the big bad wolf, but since then our storybook swine have grown up a bit, and well...let's just say they are pretty naughty...in fact they are straight up NASTY!    Chicago based event brand ACE! joins forces with LGBTQ+ owned American fashion brand Nasty Pig to bring the next chapter of one of our favorite bedtime stories to life, turning Boystown's largest dance floor into a storybook landscape dance party.

Our lineup starts off with the Chicago debut of DJ Joshua Ruiz from New York City.  His passion and love for music is reflected in his knowledge and history of house and tends to be his source of inspiration when turning out a dance floor.  Ruiz weaves in uplifting power vocals along supported by sexy rhythmic percussive elements on top of fierce thunderous drums.  His style has built him an impressive following in his hometown of New York City and has played for several other events in Miami, Fort Lauderdale, and most recently, Detroit.

The 3 Nasty Pigs will also be hosting the return of one of house music's legendary artists and pioneers. His foundation in music is rooted in Chicago and New York City, and of course he is known for his collaborative works with the Nasty Pig brand, producing tracks such as "Gag on It"and eZbreeZ.  ACE! is honored and privleged to have as our headliner, DJ/Producer Chad Jack.

Born and raised in Michigan, Chad first discovered his passion for House Music while listening to radio mix shows he tuned in from nearby Chicago.  Chad packed up the vinyl in the summer of 1995 and moved to New York City to further his musical education and career. After establishing a name for himself on Manhattans underground club circuit, Chad signed on with Madtizzy Productions to help increase his exposure beyond New York. Bookings quickly included monthly residencies at Roxy, NYC, Avalon (formally Limelight), NYC, Factory in Los Angeles, Coliseum in Fort Lauderdale, and one of the first Alegria Events at Sound Factory in New York, which caught the attention to establish friendships with Victor Calderone, Hex Hector, and Danny Tenaglia.Chad has since remixed Major Recording Artists to the likes of Janet Jackson and Mary J. Blige. His remix of Vernessa Mitchell’s “Took My Life” was Billboard’s number one dance record of 2004. In 2009, Chad also landed his first Billboard Top 10 Dance Single with "Wish U Love",  with vocalist Fawn and co-produced by Tim Letteer.  Chad’s hits also include “Gag On It”, “WW4” and “eZbreeZ”, which are collaborations with longtime friend and CEO of Nasty Pig clothing, David Lauterstien (Chad Jack Vs Nasty Pig).  In 2017, the two co-created Nasty Pig’s “Scratch” EP, which included most of the past club hits, along with a new single “This Little Piggy”. All proceeds from sales went directly to the Ali Forney Center, an organization for homeless LGBTQ youth.  Recently, during the COVID Pandemic, the duo teamed up with the Legendary House Music Diva, Inaya Day for the song “Holding Onto Hope”.

While his distinct style and sound will inevitably continue to evolve over the years, the one thing the ambitious DJ/producer plans to make sure never changes is that when someone walks into a party that he’s playing, they shouldn’t have to ask who’s behind the decks -- they’ll immediately know its Chad Jack.

ACE! wants you to feel safe and to be safe at our events, thus we have the following Safe Space Policy. The most important thing we want you to know is that if something or someone makes you feel uncomfortable at one of our events, no matter how minor it seems, you can report it to us.

Harassment of event participants, staff or volunteers at the event will not be tolerated and anyone violating this policy at our events may be be expelled without refund.

Please know that ACE! views neither ignorance or intoxication as an excuse for unacceptable behavior.

If anyone engages in harassing behavior towards you, ACE! will take any action they deem appropriate, including warning the offender or expulsion from the event (with no refund). If you feel you are being harassed, notice that someone else is being harassed, or have any other concerns, please contact a member of the ACE! patron safety personnel at the event immediately.

ACE! staff along with  event affiliates and their staff also accept that we are not above our own policies so please know all of the above applies to all persons that are a part of production, including patron safety personnel in equal measure. Furthermore if there are ever any aspects of our events including our communication, artwork, performances, game selection, event partners which you feel is offensive or makes you uncomfortable please inform us.

Questions, concerns, or comments regarding this policy as well as any issues that arise during our event can be directed to [email protected]  All communication related to this policy and/or incidences that this policy applies to will be dealt with in confidence.

other events by this organization